The Oceti Sakowin and the Sisseton Wahpeton Oyate 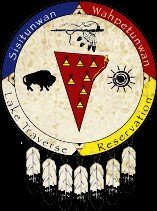 The Sisseton Wahpeton Oyate (SWO) of the Lake Traverse Reservation is located in the Northeastern part of South Dakota and a small portion of southeastern corner of North Dakota. The reservation boundaries extend across seven counties two in North and five in South Dakota.

Historically, Native Americans that comprise the Great Sioux Nation consisted of three major Oyates of the Oceti Sakowin including the Dakota, Lakota and Nakota people.

The Dakota people are comprised of the Sisituwan, Wahpetunwan, Wahpekute, and Mdewakantunwan and are the oldest of the three divisions. Since the inception of the Indian Appropriations Act, many of the Dakota people have called the Lake Traverse Reservation home.

Today, there are seven political sub-divisions located within the original exterior boundaries of the Lake Traverse Reservation. These districts were put in place shortly after the reservation was established.

Each of the districts has their own community and are as follows: